This edition of the Searching for Justice series profiles the work of John Ducksworth, who is the New York regional coordinator of Ending Mass Incarceration (EMI).

Around 2 million people are incarcerated in the United States at any given time (Sawyer & Wagner, 2020; Vera Institute, 2021). When they are released, most of those people will face "invisible punishment" (Travis, 2002) such as community supervision requirements, fines, and the denial of voting rights. Unfortunately, news media coverage of the difficulties of reentry has some major gaps. To fill these gaps, the Kendeda Fund is supporting PBS NewsHour's Searching for Justice series, along with Knology's independent work to convene experts who are providing formative feedback on the series. We're amplifying those experts' voices and their work through a series of brief profiles.

"Over 60% of the Bible is written by someone who's in jail, slavery, or some other form of captivity," Dr. John Ducksworth tells me. "Over 60%! Some of Paul's greatest writings, Paul is writing from a prison cell. Some of the best writings—Martin Luther King, from a prison cell, and a host of others. Bonhoeffer, he's writing in a Nazi concentration camp. It's not just people who have been court-involved, or imprisoned, or oppressed that have made a tremendous impression on faith itself. If you come from the Jewish tradition, and you give claim to Moses as being a prophet of God? He was also a fugitive. He was on the run. And if you come from the Christian perspective, well, Jesus was arrested, executed by the state. You don't have to go far, theologically or socially." 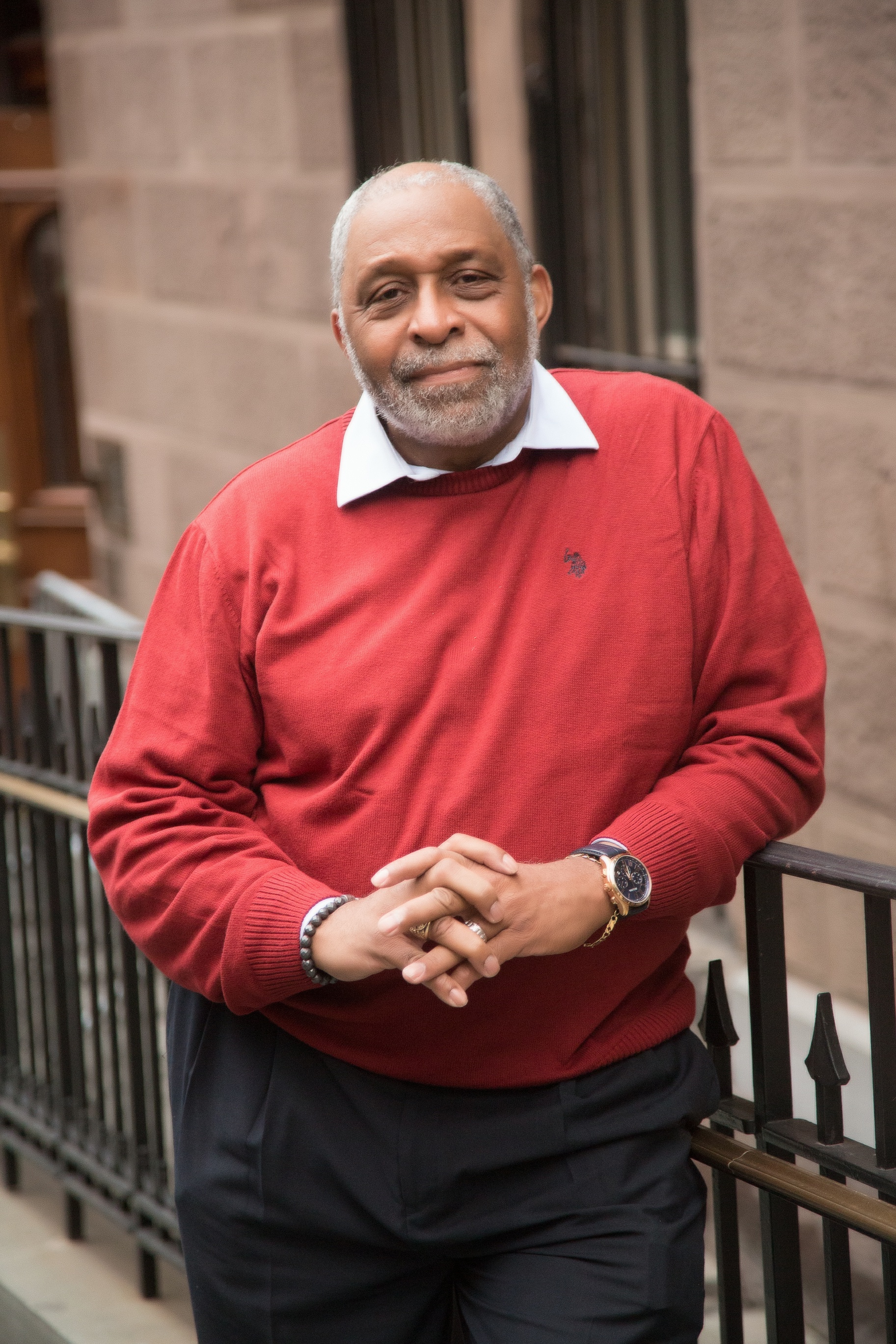 Ducksworth is an expert on restorative justice and hate crimes in the faith community, and he's the New York regional coordinator of Ending Mass Incarceration (EMI), a multifaith group working to transform justice. We're having a wide-ranging conversation about faith, the state, and the carceral system, and his point is that they are inextricable: so much of our society's fundamental thinking comes from people who were mistreated by these institutions. All the same, he situates himself firmly on the faith side of the equation: "When I'm most productive is when I'm in some way connected to the faith community."

Faith communities have a special role to play in social justice, in his view. These communities are well-organized by definition, and so it's a matter of channeling that power, those values, and that responsibility. Ducksworth is humble about these communities and what he calls a "tendency to show up last" — getting them to show up is his life's work. EMI is built on those relationships: it was founded "by a handshake" between Reverend (now Senator) Raphael Warnock and Reverend Katharine Henderson, and Ducksworth himself was brought in by Reverend John Vaughn, a close friend for more than thirty years.

Yet this natural fit can sometimes constitute a challenge: "People in the faith community generally embrace the idea [that their] healing can come about through [their] scriptures," but then they can be resistant to other sources of healing. He laughs, remarking, "when I have a toothache, I'm not going to see my pastor; I'm going to see a dentist." In fact, he argues that the effects are even stronger when people rely on their faith together with other tools for healing: "I think it only magnifies it or enhances it when people have faith. Because now you have both powers at work."

We have this conversation a week after Yom Kippur [the Jewish day of atonement], and it resonates strongly for me. As I tell him, I grew up in a Jewish tradition that emphasizes that God only forgives offenses against God. That means you have to ask other people to forgive your offenses against them. That's not God's problem, so to speak.

Ducksworth agrees wholeheartedly. "​​That's why [we need] restorative practices," he says, "because it brings together the one who was harmed with the one who did the harm. Face to face if possible."

Ducksworth is interested in everything that brings together justice and healing; he's not solely interested in reentry, at least not the way it's understood today. The goal is too often simply to stay out of prison until supervision ends—not to thrive. What if our institutions prioritized helping people live well? Everyone should have the opportunity to thrive; for Ducksworth, that's the end goal.

Of course, many formerly incarcerated people work in the reentry industry. It's one of the few sectors that does not discriminate against people on the basis of previous arrests or carceral history. But that openness is a mixed blessing, which is why Duckworth describes the reentry industry as a "glass ceiling" of sorts. He wants everyone to know "that there are men and women who come home from prison who are not engaged in the reentry industry, and they are contributors to society [too]." Working in reentry is valuable, and he is a huge supporter of organizations doing that work. At the same time, he is sharply critical that so few other industries offer professional opportunities to people who have been incarcerated. So he wants people to know that it's not the only possibility out there:

"I don't want [people returning home] to feel like [...] 'I've got to be involved in, you know, reforming the criminal justice system,' to be able to contribute back to society. Yes, I work in all of those. The leadership of all of those organizations are on my speed dial, you know? All of those kinds of things. And have I worked in that capacity, in every one of those organizations, for a short time? Yes, I have. But whatever stature I have, or whatever status I have, is built in a faith community. My Rolodex is not just the reentry world."

His point is that people who have been incarcerated are whole people, with interests and strengths far beyond the legal system. He finds it admirable that so many people dedicate themselves to fixing the very system that has done them so much harm; he just doesn't believe that should be the only option available.

Whether working for prison reform or in other areas, Ducksworth believes that no one should be ashamed of their incarcerated past. This can be incredibly difficult, as society makes it hard for formerly incarcerated people to move forward:

"I have not put on my back, 'I'm an ex-offender and I want to work in this world of reentry and prison reform.' But even in my silence—not denial—I still haven't been protected, you know? I still suffer. If I go for a job tomorrow, I'm Dr. John Ducksworth, okay? Legally. Legitimately. Someone will still, before they will say yes to a job, they ask, 'Well, you have a criminal record?' Still. And I've been home thirty-six or thirty-seven years."

How do you move past something that nobody lets you forget? He quotes Audre Lorde to me: "Your silence does not protect you." But to say that Ducksworth is silent is to sell his work short. He'd like, instead, to get people talking about what real justice and healing looks like in our society—and making that a reality.

For more on how EMI carries out their work and how to support it, please visit their website. Learn more about restorative justice from the Restorative Justice Initiative, which Ducksworth is affiliated with.

Equity & Inclusion News
Join the Conversation
What did you think of this? How did you use it? Is there something else we should be thinking of?
Subscribe to our Newsletter
Featured New Bites
Books To Speed the Climate Response
By Knology
The Idea of Knology: An Interview with our Founder
By John Fraser et al.
Understanding Our Work Process
By Knology
Our Academic Impacts
By Elliott Bowen et al.
Learning Workshops with Knology
By Knology
Support research that has a real world impact.
Donate